“This is a story of power. God honored the faith of frail people. He used them to launch a movement which has swept millions into His kingdom.” 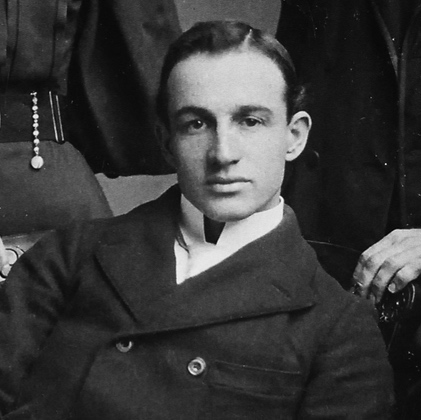 “This book is more than a history – it is a compelling collection of candid, sometimes painful and sometimes wonderfully encouraging stories of missionaries and the people they worked among, tracing the development of Africa Inland Mission from its earliest beginnings.”

Africa Inland Mission (AIM) had its beginning in the work of Peter Cameron Scott (1867-1896), a Scottish-American missionary of the International Missionary Alliance who served two years in the Congo before he was sent to Scotland in 1892 because of a near-fatal illness. While recuperating, he developed his idea of establishing a network of mission stations which would stretch from the southeast coast of the continent to the interior’s Lake Chad. He was able to interest several of his friends in Philadelphia in the work and in subscribing some funds. This group formed itself into the Philadelphia Missionary Council.

On August 17, 1895, AIM’s first mission party set off. The group consisted of Scott, his sister Margaret, Frederick W. Krieger, Willis Hotchkiss, Minnie Lindberg, Miss Reckling, and Lester Severn. They arrived off the east African coast in October, and Peter Scott started making arrangements in the Kenyan seaport of Mombasa. In little over a year, the mission had four stations–at Nzaui, Sakai, Kilungu, and Kangundo, all in Kenya. More workers came from America, including Scott’s parents, and the small group expanded to fifteen.

In December 1896, Peter Scott died, partly because of the extremely hard pace at which he had been driving himself. The mission almost dissolved in the next year when most of the workers either died or resigned. The Council began to take more responsibility for the work and appointed Rev. Charles Hurlburt director of the mission. After a survey trip to Africa, he returned to that continent to work, and he eventually brought his entire family over. For the next two decades, he provided strong leadership for the headquarters, established in 1903 at Kijabe, Kenya.

From Kenya, the mission expanded its work to neighboring areas. In 1909, a station was set up in what was then German East Africa and later became Tanganyika, and still later, Tanzania. In 1912, Theodore Roosevelt intervened for his friend Hurlburt to persuade the Belgian government to permit the mission to establish a station in the Congo (now the Democratic Republic of Congo). Work was begun in Uganda in 1918; in French Equatorial Africa (Central African Republic) in 1924; Sudan, briefly, in 1949; and the Islands of the Indian Ocean in 1975. Besides evangelism, workers of the mission ran clinics, hospitals, leprosariums, schools, publishing operations, and radio programs. Rift Valley Academy was built at Kijabe for missionary children. Scott Theological College in Kenya helped train African Church leaders. The churches founded by the mission in each of its fields were eventually formed into branches of what is today the Africa Inland Church.